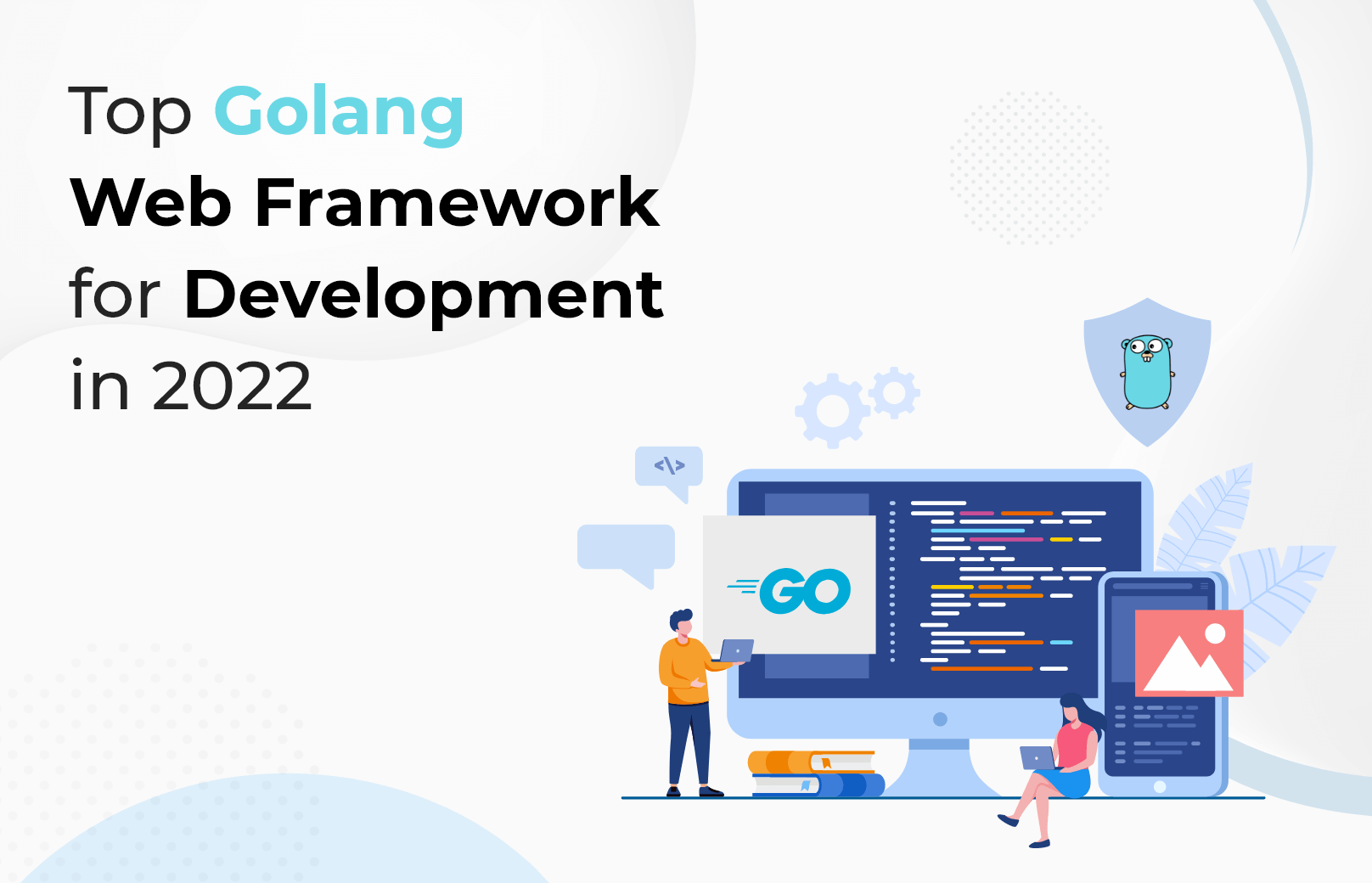 Google created Golang, a new programming language for constructing web apps. Following release and launch, it plays a critical role in application development services, particularly in the area of API authoring and web service access. Golang is preferred among developers due to its superior web development capabilities.

This is the preferred language because it has its code. Due to the simplicity of the Go language, a deeper examination reveals that the C and C++ programming languages are the present Go language’s ancestors.

Since then, it has been increasingly popular among Golang developers. Because Golang is an open-source compiled programming language mainly used to create native code. Also, you may also engage Golang experts to help you build such robust and efficient mobile applications.

The terms “Go” and “Golang” are sometimes used interchangeably, which might be misleading. However, Golang is merely another name for Go, and Golang is the official term. Besides that, golang.org was the domain name of the official Go website. As a result, it makes finding information about the programming language a little simpler.

The complexity of Google’s codebases prompted the creation of the Go programming language. Ken Thompson, Robert Griesemer, and Rob Pike came up with the idea, all of whom loathe C++. Since its first announcement in 2009, Go has been open source and published its first version, 1.0, in 2012. As a result of its simplicity, efficiency, concurrency, and readability, Go has become the first choice of many developers. Because of this, Go is utilized for server-side (backend) programming, game creation, Data Science, and even cloud-based programming.

Most Popular Golang Frameworks For Web Development in 2022

When it comes to web development, a framework is a software tool that helps developers create apps, golang web development service providers, online resources, and web APIs (APIs). This structure allows developers to create and distribute online software through the use of the web framework.

Building an app requires a lot of time and resources, therefore choosing the correct web framework is critical. In addition, a framework streamlines the development process, allowing developers to focus on the particular characteristics of their software or application project rather than implementing the underlying code themselves.

As long as Golang is used in web development, time will always be an important consideration because more time means a better end product. Rapidity and effectiveness are crucial. Go is a swift language, both when it takes to learn and hire golang web developers, thereby helping them to create functioning of software applications. Because it is statically typed, Go’s structures and primitive types make it easier for programmers to find and fix issues. It’s easier for developers to integrate new functionality into a web project when there are pre-built maps, lists, and sequences to work with.

A Golang framework to save you time

Web apps, APIs, and golang web development may all be developed quickly using this Restful HTTP framework. Go-specific features like interfaces and struct embedding can also be incorporated. Because of the MVC approach, your API can be developed faster, which benefits the user.

Everything you need for golang web development services and monitoring can be found in a single location. As a result, there is no longer any need for software developers to worry about conflicting packages or a library of dependencies after launch. With a single coherent system, Go frameworks often require fewer memory and computational resources when running.

Golang programs need an error correction function if an error can be provided. This can be a problem if the error track is lost, leading to a lack of useful error management ideas. Error-checking and massive tests are also helpful in catching mistakes, as are other techniques. Developers also need to write multiple blocks if they want to confirm the mistake they committed.

Still, in development as a new language, it is in its infancy. Developers still have difficulties in entirely using its libraries. There is not a lot of help in using this language in the view of development. If in doubt, there is no online or developer support for the Hiring Golang Developers. Go is a new programming language developed by Google and is now in use. Unlike JavaScript and Python, this language doesn’t have a specific market niche. It does not have a niche or standard, so its code cannot be reused in other languages. 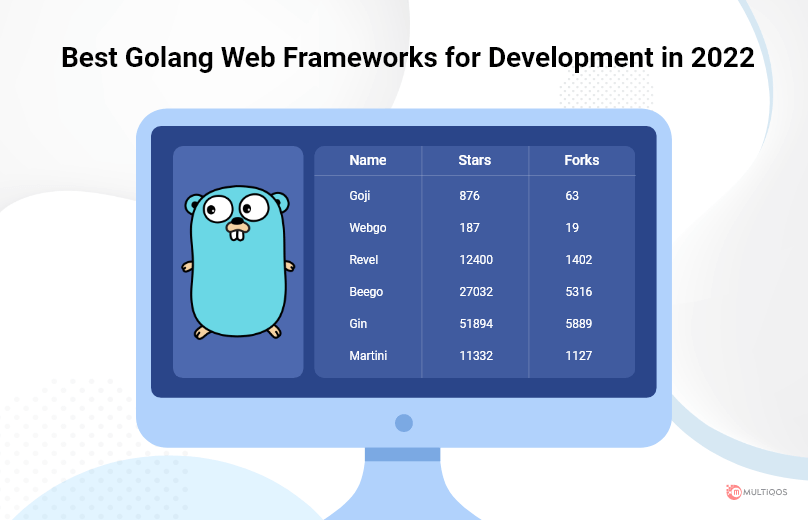 Goji is recognised for its simplicity and capacity to create desired outcomes. Einhorn support allows WebSocket in Goji.

The Web. go. Provides a tree tracking system despite being a simple setting. The Web.Go service is the greatest solution for those who need the same.

Gocraft is a framework that provides scalable and speedy routing capabilities, which are further enhanced by the HTTP or net packages from the benchmark library. The Go mux tailor middleware package offers reflection and casting capabilities, allowing you to type your application code statically. If you don’t like the built-in middleware, you may create your own or add new features to it. Aside from that, the Gocraft framework makes it very simple to develop and maintain backend web applications.

As seen in the Web Frame Go Above, Gorilla also shares similar characteristics, namely, modularity. One of the oldest and most popular structures in Golang isn’t even mentioned in this context. Net/HTTP may be used to reuse components in this framework, saving time.

Mango is a Golang web framework that can work for millions of users, but strangely, it does not have a very active community and is not maintained. An HTTP server element is the Application Home and Middleware. It also uses HTTP modules very easily.

Revel is one of the most popular sites. It doesn’t need to be installed because it has its own configuration in the system itself. In addition, many integrated and middleware plugins do not require third-party plugins. Further, if you want to build an API and then, Revel will be better adapted for you. As a result of its independence and the size of its user base.

Developers building an XMPP server must set up a connection through HTTP or NET. HTTP or NET is required to access the Go mailing list. Middleware is a must-have while developing applications.

Beego is one of the most useful among the rest of web applications for the developers. It follows the control pattern diagram. Furthermore, it does not necessitate the incorporation of a separate society library. This tool actively monitors code changes and automatically updates the function each time it detects changes.

Moreover, it is found to save many hours of development through its cutting board that helps build the project faster.

Gin gonic is a simple and easy understand framework. Compared to Martini, it’s 40 times quicker because its concentration on important functionality and libraries. Gin Gonic is the preferred framework of the experts because it helps them to create web applications more quickly.

Martini is a simple but powerful web application. Web Developers can add new applications to existing applications using “reflection” that allows system developers to consume data from the host function.

The software market increases rapidly because it transforms and challenges the business world. Additional business flows and processes are automated and hosted with custom software solutions.

Considering the growing need for powerful and personalized software solutions, you can have a project in mind that involves recruiting developers. Golang is a flexible language and can be used for a wide range of applications and software solutions. There are often specific requirements that suggest the need of golang web development company. Golang is used for various google internal and external projects, including Google Chrome, YouTube, and Google App Engine.

Is Golang the right decision for each application?

No. Although Golang is well suited to most applications, some applications do not require high performance, or that can be better used in another language, such as C, C #, or Java, to which we all have decades of experience.

Is the development of Golang expensive?

Due to how Golang has been designed, software development with Golang is very productive and economical and gives secure software without the surprises of the operating time. Although it works much better, Golang applications use fewer server resources than other web development languages, such as PHP and Python.

Can Golang applications be installed on my server?

Golang is multiple-form and can get builded on a variety of applications. If you use a modern operating system, you will probably be able to use Golang programs. Except for features such as an operating code of the low-level operating system, supporting the operating time is the same for all ports. It includes an active list and active cutting lines, as well as active gorrows, such as batteries, that have increased and decreased in demand.

Being an experienced senior web developer at MultiQoS – Sketch to HTML Conversion Provider, Jignesh Panchal is passionate about researching new technologies on the web to enhance website functionalities. He keeps an eye on the latest happenings in the web &amp; mobile world to remain updated with the current market trends.