Why Do Businesses Choose Angular for Building Digital Products? 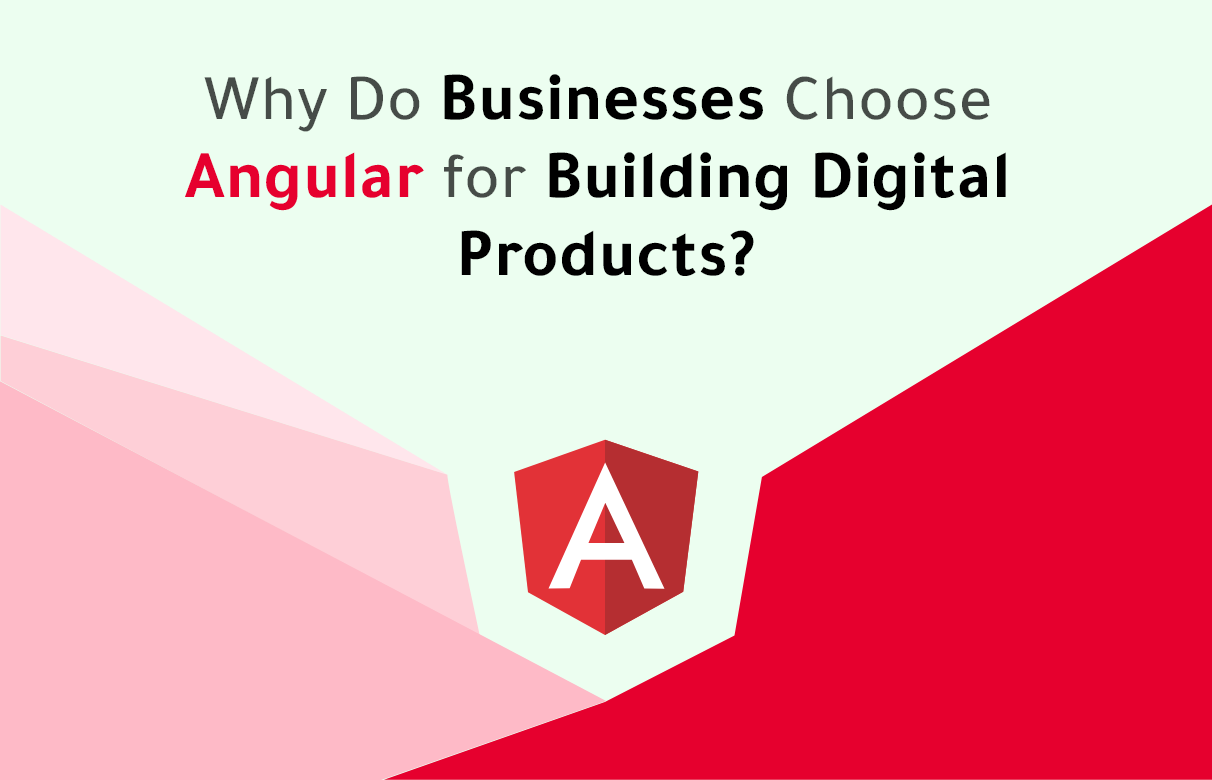 Digital products have become a necessity as everything has become digitalized these days. Most businesses require digital space and platform, and hence, software applications are created to serve this need…

Digital products have become a necessity as everything has become digitalized these days. Most businesses require digital space and platform, and hence, software applications are created to serve this need. As a result, many software development companies have been set up over the years.

Google developed the Angular JS framework. It is a JavaScript-based structural framework for web apps. It is well known for its out-of-the-box functionality, which enhances the app’s overall performance. Besides, it is both a time and money-saving app development framework solution which top apps have adopted like YouTube TV, Netflix, and Gmail. Angular is a popular option among business owners since it is quite advantageous to their operations.

Benefits of Using Angular for Business

Angular JS is very advantageous for businesses because of its amazing framework. It fulfils the expectations of entrepreneurs by providing a cost-efficient and robust front-end part of the product that helps them earn huge profits by attracting massive audiences. 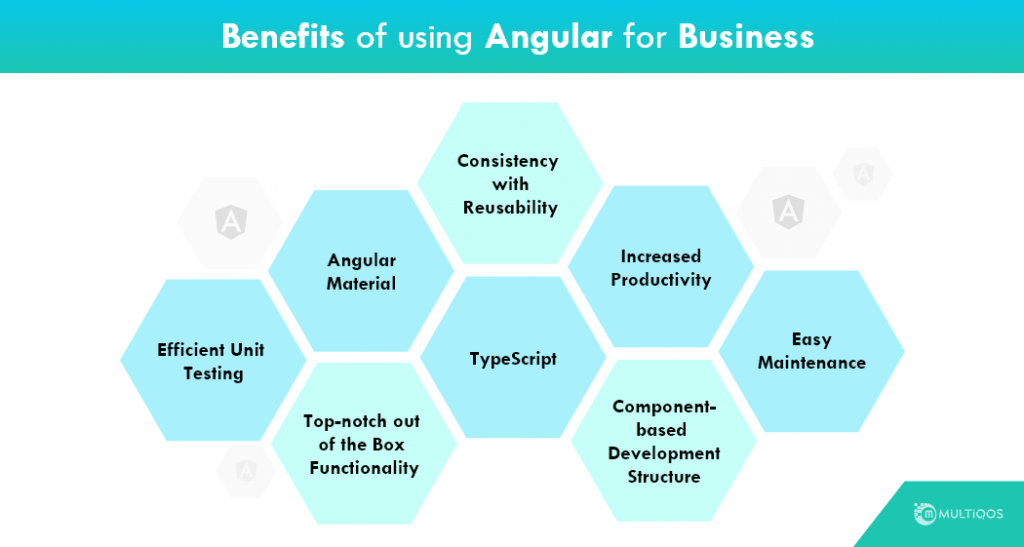 Excellent code consistency can help you in avoiding mistakes often. To improve code consistency, the Angular CLI tools may be used to construct frequently used chunks of code from the command line.

Further, consistent codes are highly beneficial for businesses as it helps to minimize the risk of delaying in the market by increasing efficiency and balancing the development cost of the digital product.

Top-Notch Out of the Box Functionality

Angular JS framework gives you everything that is required for app development, such as routing and data. Using this framework, you can create your app’s basic functionality without any third-party libraries. Angular’s preconfigured environment can help you develop a dynamic website. Developed with typescript, Angular ensures a cleaner code. This allows you to test the product and also makes debugging easier.

Besides, you can chase and manage big codebases with ease. The best thing about Angular is that it offers official libraries, which allow you to build a good code quality app with great security.

Because of Angular’s modularity, developers can effectively divide codes into modules, which helps them organize the app functionalities easily. Besides, lots of reusable code gets created that helps in reducing the cost and development time. Its readymade components also makes scaling easier.

With Angular’s TypeScript language, developers can keep the code understandable. This enhances the performance of the app. With PSD to Angular, the developers can quickly detect and fix any faults or difficulties that may arise.

With Angular, even the large codebase can be managed easily. Debugging code with TypeScript is a breeze because to its ability to spot common type mistakes and maintain the code properly.

Due to code consistency, the productivity of the app also increases. Developers’ time is saved as Angular itself handles the utility, functions, and components.  If you learn how to write the component, you can easily work with the next one as it follows the same guidelines.

Besides, Angular offers easy readability of code for easy slot apps. All these help in boosting productivity.

As already mentioned above, TypeScript helps the developers to find errors. Besides, while upgrading, Angular’s all packages also get updated in a single command, ‘ng update’. You can also easily separate the component and replace it with the better one.

Angular Material is the name given to the Material Design components adapted for Angular. This material has been thoroughly tested and comprises UI components and modules that are ready to implement. UI components such as navigation bar, controls, indicators, flyouts, menu, and many more are tested nicely. These components are compatible with almost every web browser and screen, thus making the applications highly responsive.

Developers can create high-performance interactive applications by adding the latest elements. Modules also simplify the workflow of the design.

Angular is easy to conduct unit testing; any type of error can be detected easily. Every component can be tested in isolation with Angular. Easy testing is ensured to deliver top-notch, highly beneficial digital products.

Why Do Businesses Choose Angular Js?

Angular JS development services are every business’s choice because it offers all top-notch features at a budget-friendly rate.

Angular JS is a popular choice for organisations for a variety of reasons, like: 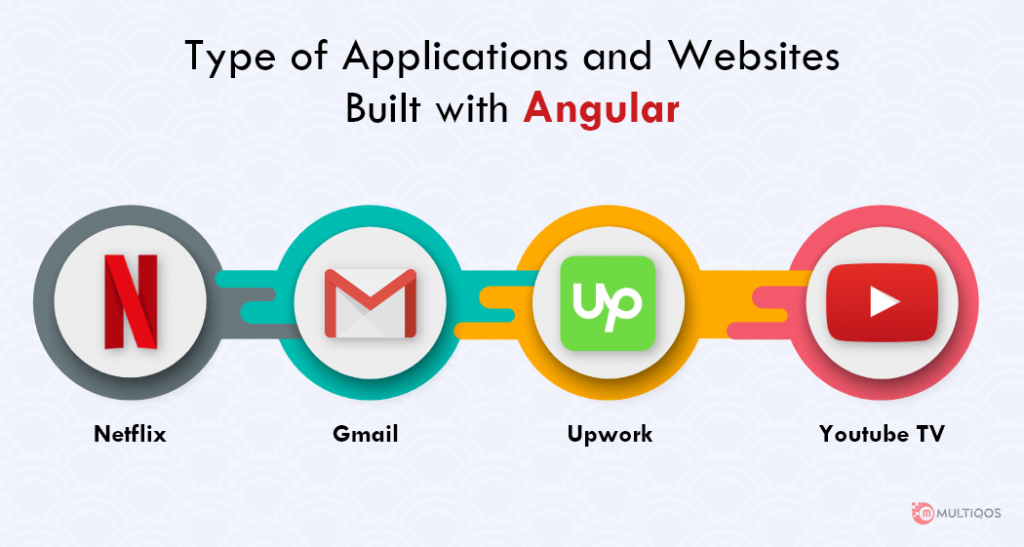 Upwork, a popular freelancing marketplace, also employs the Angular framework for its website and mobile application.

– Which are the projects that can acquire benefits after opting for Angular framework?

Single-page applications and large-scale projects are thought to be ideal for Angular.

– Why is Angular so popular amongst programmers and businesses?

Among the many advantages of the Angular framework, faster testing, clearer code, enhanced CSS class, better debugging, and style binding may be the most appealing to developers. Businesses, on the other hand, may be drawn to Angular because of the product’s speedy development process and flawless performance.

– Is Angular a suitable fit for small businesses?

For your startup, AngularJS is the best choice since it has a large market, top-notch performance, and a high level of quality. An overview of the popularity of AngularJS is necessary prior to continuing farther. According to Google Trends, AngularJS is becoming a more popular technology throughout the world.

– Can we use the open-source closure library with AngularJS?

Yes, the Closure Library’s widgets may be used with Angular JS.