Overview React native apps have given the IT industry a new dimension. In recent years it's exploding in popularity, especially after big corporations like Facebook, Walmart, etc., chose to react-native… 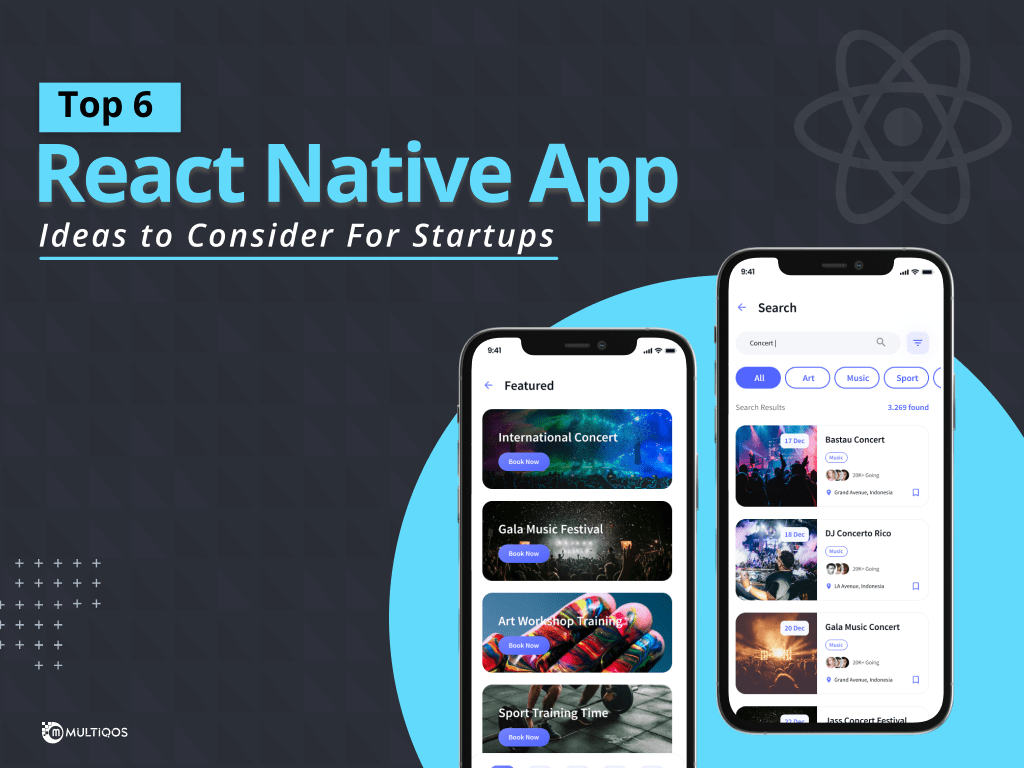 React native apps have given the IT industry a new dimension. In recent years it’s exploding in popularity, especially after big corporations like Facebook, Walmart, etc., chose to react-native as their preferred technology. For several reasons, react native technology tends to others and clearly represents the future of mobile app development.

Why React Native for Mobile Apps

Many people are addicted to reading books. However, buying all books can be challenging for many too. There comes the importance of online book apps. It is one of the most straightforward mobile apps that use react native technology.

It is also the best choice for mobile apps to begin with. Even if you are a react native beginner, you can start with a list of recipes and their components. You can also start with the basics and add new features and functionalities to the app to make it unique.

This is one of the best unique react native app ideas for a start-up, to begin with. This application helps track an individual’s expenses and use their finances smartly. You can load this app with features where one can save their debit and credit card details and bank details, keep an eye on the expenses the right way, and make the necessary payment. The expense tracker helps monitor the users’ annual and monthly budgets based on your day-to-day expenses.

Music apps are very much in demand these days. It is one of the fastest-growing apps. Gone are when people used to download songs from websites and store them in their phone’s memory. These days, people prefer to access lots of songs at their fingertips through these music apps loaded with features using react native technology.

These are the most common apps that use react native technology. Many people download different shopping apps designed with an attractive user interface and easy to navigate. You can create these shopping apps using react-native technology with many features and functionalities like easy navigation, multiple payment methods, order tracking, etc.

Why Is React Native App Development Counted So Popular?

React Native can provide a variety of solutions that other frameworks cannot. In terms of mobile application development, here is what you can expect from react-native:

As react native is component-based, it is highly adaptable. Practically, you can use it with any other framework or JS library. Also, it comes with its own set of libraries which makes the development process smoother, faster, and easier. It also allows the use of third-party libraries.

Native mobile app development requires longer development cycles than react native tech. You can shorten the availability of different management solutions development cycles greatly without compromising any part of the development. Moreover, the likelihood of app failure is minimized due to adopting a single shared data layer.

React native apps are substantially less expensive than other competing frameworks of their code reusability. Single code usage saves time and money. React native developers can also link the written code to another programming language. It allows adding functionalities that the library cannot provide. The saved time and resources can be used on app optimization and improved UX/UI.

React Native application development is famous for its third-party integrations. It also has incredible plugins that add a layer of functionality to your mobile app development. These plugins can be connected to the native module, ensuring developers create seamless, feature-rich, faster mobile applications. Therefore, it is easier and simpler for app developers to create sophisticated apps for cross-platform.

Being open-source, react-native has a large community of developers. These experts are always looking for ways of improving the technology and are efficient in fixing bugs. Therefore, it is easier to handle any challenges with their help.

Native Development Is Much Cheaper

When using React native, you only need to build one application in JavaScript because react-native requires only one line of code. Therefore, you can easily avoid the need for two developers in the native method. This saves twice as much money and time on development and maintenance.

This is one of the most critical advantages of react native application development . Mobile app development experts don’t need to create a new mobile app for platforms like iOS and Android. 90% of the framework can be made with a single line of code, which saves a significant amount of money and time. Moreover, you can reuse the online application code created in react to create a mobile app.

The react app takes extremely little memory on the user’s device as there is no cross-bridge linking. The majority of the code is executed within the app’s run time.

The native apps are coded natively. So, they demand a significant time investment from the developer. But when it comes to React Native, the development time lowers to half as a single code base can be shared across many platforms. So, developers only need to create one, share the code, and make some platform-specific changes instead of developing two separate apps for different platforms. So the development time comes down to half that of native apps.

The top 10 Famous react native applications built by using this technology are:

How Can MultiQoS Help You in Building React Native Apps?

If you’re looking to hire react native app developers, you should select MultiQos as a react native app development company that combines business objectives and technological solutions smartly to achieve better results. We use our react-native expertise to bring your app ideas to life with one iOS and Android app store codebase.

MultiQoS can augment, train, and even build your team to operate and transfer the product if you already have an existing team. We can help you build apps quickly and ready for the market in record times, thus saving you time and resources to validate your product. Even if you are developing the app with an in-house team, our experts can help you ensure that you’re on the right path. We are experts in cross-platform development and can help your business reach the desired goals.

Also Read: How to Hire React Native App Developer in 2023?

Whether you are a start-up or an established MNC, the benefits of react native app depend on the technology stack choice. There are several new app ideas in 2023 based on react native app. Although there is no one-size-fits-all formula, react native is a good choice for app idea:

We hope to have answered most of your react native app development questions. However, if there is something that we’ve left, kindly contact the MultiQos team for further assistance.

FAQs on React Native is Perfect for Startups

It is an open-source, cross-platform app development framework that builds mobile apps that deliver native-friendly appearance and performance. In react native app ideas, you get iOS and Android apps with one codebase, which means your cost, time, resources, and efforts are saved to a great extent.

There are numerous benefits of outsourcing React Native app development, and these are: