Why GitOps Might Be The Next Big Thing for DevOps?

What is GitOps? GitOps is a code-based architecture and operative process that uses Git as a source control scheme at its foundation. It's a DevOps best practice based on Infrastructure… 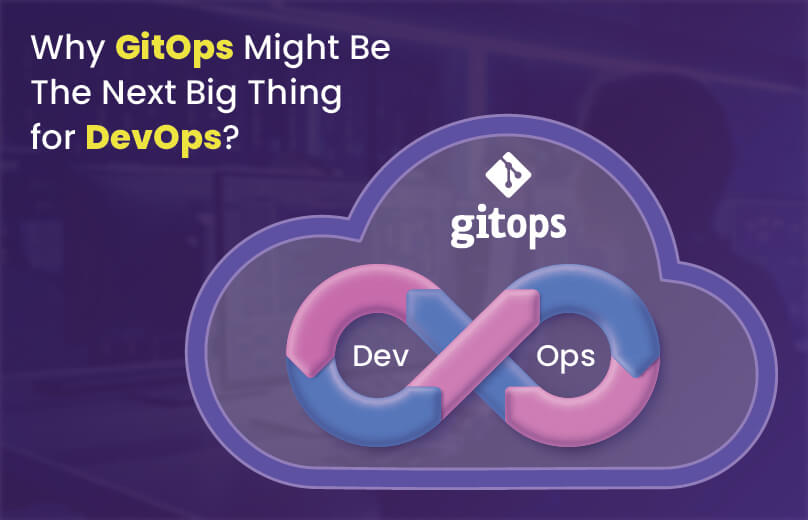 GitOps is a code-based architecture and operative process that uses Git as a source control scheme at its foundation. It’s a DevOps best practice based on Infrastructure as Code (IaC) that uses Git as the particular source of truth and control mechanism for developing, modifying, and eliminating system architecture. To put it another way, it’s the process of utilizing Git pull requests to verify and execute system infrastructure changes.

GitOps is a term that describes technologies that extend Git’s default capabilities in relation to Git as a primary DevOps technique. These tools have mostly been utilized with Kubernetes-based infrastructure and applications operating paradigms. Inside the DevOps community, there is active research and debate around bringing GitOps tools to non-Kubernetes platforms like Terraform.

The History of GitOps

Git is an essential tool for software and mobile app development since it allows for pull requests and code reviews. Pull requests facilitate the process of communication, debate, and evaluation of changes by providing visibility into new changes to a codebase. Pull requests are a crucial component in collaborative software development that has revolutionized how teams and corporations produce software. Pull requests make a previously opaque process more transparent and measurable.

System administrators, who’ve historically been resistant to change, are now adopting agile and DevOps as adaptive software development approaches. The history of systems administration as a profession is imprecise. Traditionally, system administrators had to physically control hardware by connecting to and deploying computers in a physical server rack or via a cloud provision API. Large quantities of manual customization effort, in addition to the manual setup process, were a typical occurrence.

This primeval bog of systems administration gave birth to the DevOps movement. DevOps took the greatest ideas from software engineering and implemented them in systems management, transforming the haphazard tools into versioned code. IaC is one of DevOps’ most significant breakthroughs. Previously, system administrators preferred to set up systems using proprietary imperative scripts.

Weaveworks, an enterprise Kubernetes management company, was the first to develop the GitOps concept, which has subsequently spread throughout the DevOps community. GitOps is an outgrowth of the IaC as mentioned earlier and declarative configuration. GitOps enhances the pull request workflow by synchronizing the live system’s state with the static configuration repository.

How Does GitOps Work?

An orchestration system is used to carry out GitOps operations. GitOps is an independent best practice pattern in and of itself. Kubernetes is the orchestration system of choice for many prominent GitOps solutions today. Alternate GitOps toolsets that enable direct Terraform modification are on the way.

A pipeline platform is necessary to complete a comprehensive GitOps installation. Some notable pipeline solutions that complement GitOps are Bitbucket Pipelines, Jenkins, and CircleCi. Pipelines connect Git pull requests to the orchestrating system by automating and bridging the gap. Instructions are sent to the orchestration component once pipeline hooks have been set up and activated by pull requests.

The GitOps “operator,” a technique that lies between the pipeline and the orchestrating system, is a custom layout or element specially introduced with GitOps. The pipeline is started by a pull request, which subsequently activates the operator. The operator compares and contrasts the status of the source code repository and the outset of the orchestration. GitOps’ key element is the operator.

How to Get Started with GitOps

An organization can get started with GitOps in a variety of ways.

According to Garfield, Git isn’t strictly essential for GitOps, but it is needed for version-controlled immutable storing, of which Git is the most common. Furthermore, several excellent open-source projects allow a GitOps paradigm with the version-control system, including the open-source Flux project and the Argo project, both of which Codefresh participates in.

This begins with an application repository, which is where most developers are working. Modifications will start a CI (continuous integration) procedure that will test the modifications and produce specifications or package updates seamlessly using Kubernetes manifests, Helm Charts, or Customize and open a pull request on an infrastructural repository.

Following integration, a GitOps operator such as Argo with Codefresh’s GitOps operator will easily push the pull request into the infrastructure repository. Thus, even if you have hundreds or thousands of microservices deployed across geographies, firewalls, or networks and are upgrading them loads of times per day, the process is simple to comprehend.

Understanding GitOps with a Test Setup

Let us now take a closer look at GitOps in-depth, using a test repository as an example.

We’ll use NodeJS to host a sample application that runs an http server, and we’ll use Dockerfile to create a container for it.

We need to construct a docker image and publish it to a registry now that we have our code and docker file ready. For this example, we’ll assume you have a Docker account with correct read/write permissions on https://hub.docker.com/. You can manually generate an image and upload it to the registry, but since we’re using GitOps, we’ll use GitHub actions to automate our build.

You should see.github/workflows/main.yml in your code repo once you commit. Every time a commit is seen in the master branch, it will start a new pipeline, but your push will fail because we haven’t configured DockerHub credentials yet.

To set up secrets, go to settings -> secrets and enter these two codes.

Ascertain that a Kubernetes cluster has been deployed, and Kubectl has been set up on your local system. Flux is the GitOps operator we’ll be installing. To use helm to install the same, follow the steps below.

After establishing our Kubernetes repository and operator, you can dedicate your new code and start changing your image tag in k8s/deployment svc.yml. You’ll see a new build provoked by GitHub actions, which is essentially your continuous integration, and a deployment formed in Kubernetes by flux comparing k8s/deployment svc.yml with the infra. Using GitHub actions and GitOps, we were able to configure a complete CI/CD pipeline.

How Organizations Are Using the GitOps Model

Many businesses include DevOps in their digital transformation journey because it promotes a culture of shared accountability, openness, and rapid feedback. On the other hand, the procedures are shrinking as the gap separating development and operations teams decreases.

GitOps is a new method to deploy your workload on Kubernetes in a constant fashion. It uses any source code/version management repository as the single source of information for every architecture deployed on Kubernetes, a DevOps process expansion.

The Future of GitOps

GitOps will be the paradigm dominating operation in the same manner that ITIL controlled the operations environment. GitOps is still in its infancy, but by 2021, the concept will have matured tremendously. According to Davis, the GitOps Working Group’s purpose is to assist the business in better comprehending GitOps concepts.

GitOps improves the efficiency of your workflow. Furthermore, GitOps makes achieving SOC 2 compliance significantly more cost-effective. After learning the distinctions between traditional CI/CD and GitOps CD and arranging a test CI/CD using GitOps operator, we can conclude that GitOps is a contemporary DevOps framework that is intended to make your deployments easier while also supplying the highest level of security and improved code and infrastructure management as there is only one source of truth for synchronization and functionality.

You cannot propagate changes from one step to the next with GitOps. We advise using only one environment and avoiding stage propagation at all costs. However, if you want numerous stages (e.g., DEV, QA, PROD, etc.), each with its setting, you must handle the replication beyond the GitOps scope, such as through a CI/CD pipeline.

No! There aren’t any GitOps engineers on staff. GitOps isn’t a job title (and neither is DevOps). GitOps is a collection of procedures. You could hire a developer with GitOps experience or let existing engineers experiment with the methods.

Yes, most certainly! The good thing about GitOps seems to be that you don’t have to change your code at all. You only need infrastructure that can be handled with expressive Infrastructure as Code technologies to get started.

Yes! GitOps isn’t just for Kubernetes users. Any architecture that can be monitored and defined programmatically and has Infrastructure as Code available tools can be used in theory. Nevertheless, most pull-based GitOps operators are built with Kubernetes in mind.