What are the best ways to prove that we live in a mobile-driven age? Well, both iTunes and Google Play are flooding with apps across several genres. What’s more, the… 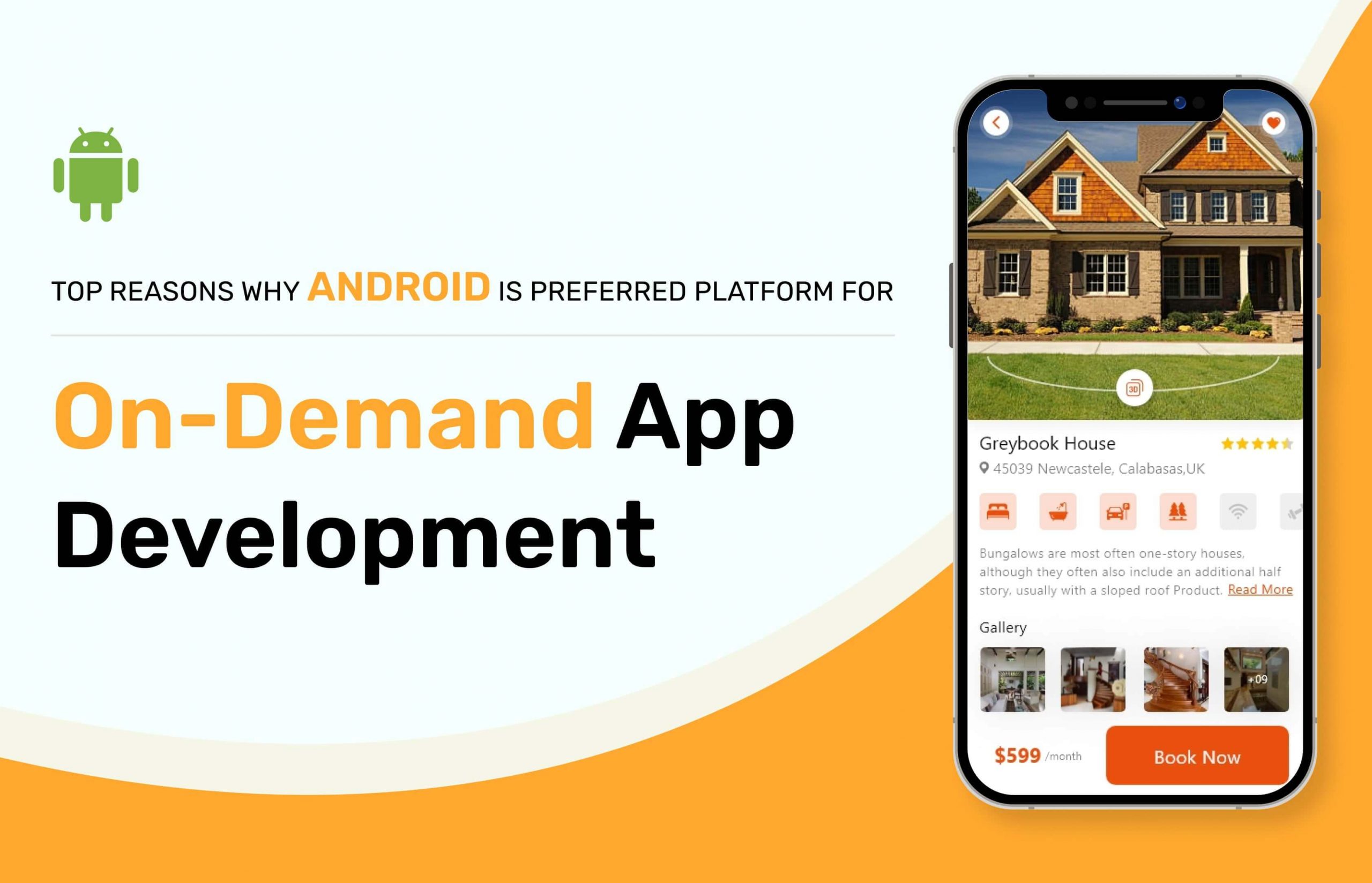 What are the best ways to prove that we live in a mobile-driven age? Well, both iTunes and Google Play are flooding with apps across several genres. What’s more, the number of app downloads is increasing on a consistent basis. This depicts the increasing dominance of mobile apps in the daily lives of people.

However, if you are an entrepreneur and looking forward to developing an app for your brand, it is easy to get confused while selecting the right app development platform. As the numbers of mobile apps are increasing, they have been categorized into various types like productivity apps, on-demand apps, gaming apps, etc.

Quite impressively, the rise of Android in the past decade has attracted both app developers and entrepreneurs across the world. Even the startups also tend to prefer Android OS to develop their first app. There is no denying the fact that on-demand apps have revolutionized the application world.

From Netflix to Uber, people use various types of on-demand apps to maintain their schedules. Android development services are increasingly becoming a popular one for app developers. With these things in mind, let’s take a look at some of the reasons behind the popularity of Android as a preferred on-demand app platform.

An Overview about the Rise of On-Demand Apps

With the advancement of mobile technology, on-demand apps gain popularity which has made our lives increasingly simpler. What’s more, the on-demand apps have made organizations realize the significance of mobile platforms.

As the service sector remains the biggest beneficiary of the on-demand apps, domains like hospitality and online marketplaces will get the most from this app concept. So as you can see, on-demand apps have transformed the way people use smartphones.

Development services related to the Android platform depend a great deal on the on-demand apps as companies tend to offer services via these apps. Amidst the lockdown like situation globally, people are using on-demand apps to get groceries and other essential items delivered straight to their doorstep.

Moreover, it is a great opportunity for startups to hire android developers to develop apps that are in demand. Here are some of the reasons why Android is a preferred platform to develop on-demand apps.

Android Apps Have the Highest Share in the Market

Also, note that the demography coverage of Android apps is much higher than iOS. For instance, Android apps are popular in populated nations like India and other Southeast Asian nations. On the other hand, iOS is popular only in North America, Canada and Australia.

So as you can see, if you want to attract a large base of users, the Android development platform is the most preferred one. Furthermore, you would be able to target the common masses who are the biggest users of Android.

The Android Platform is More Customizable

To be precise, the Android OS is truly open source in nature. What’s more, it promotes customization in the realm of Android app development. This is the reason why a plethora of entrepreneurs focuses on the Android platform to develop intuitive apps.

With an Android App Development Company, you would be able to develop tailor-made apps which can address the concerns of your audiences. By customizing the apps as per the user’s preferences, entrepreneurs would be able to provide specific solutions.

Note that the on-demand apps also require frequent updates in the context of features to address the user’s expectations in an effective manner. This is exactly where the Android platform exudes practicality. With the help of proficient app developers, one can customize the on-demand apps based on the organization’s business goals.

It is a commonly accepted fact that the Android platform comprises diverse features across different devices. This can also be considered as one of the most user-friendly features of Android.

When the context is about on-demand apps, these apps usually require versatile features in the form of GPS tracking, push notifications, Google maps, etc. On the other hand, Android apps also support third-party integrations which make them futuristic.

So if a developer wants to add relevant features, he/she can always do so while developing apps for Android. Android OS can offer versatile features to make sure that the users get customized experiences. Moreover, the existing on-demand apps can be modified easily when they are developed in the Android platform.

One of the key features of an on-demand app is the presence of push notifications. Hence, it goes without saying that mobile devices should be adept at handling frequent notifications. This is exactly why Android devices are so popular. Android devices usually keep the users updated by providing them with real-time information.

From the booking of orders to payment notifications, you can always rely on an Android-based app to stay updated. Furthermore, Android app users can provide replies to the notifications which are a great aspect. A qualified mobile app development service would provide you with various app design aspects. Even the users can reply to the notifications without even opening the app.

It can also be a great boost for your on-demand app for the delivery business. You would be able to connect with people in their respective languages which is an added benefit of using an on-demand app. What’s more impressive is the fact that you can integrate Google Assistant to make your on-demand app more user-friendly and powerful.

Can Store Data in Large Quantities

One of the reasons behind the popularity of the Android platform for on-demand app development is that it can store data in large quantities. We all know that Google Drive provides us with 15 GB of free storage. The same advantage is provided by the Android platform.

The android application development services design apps based on 15 GB of free storage. When your on-demand app deals with a lot of consumer data, this huge quantity of free storage is a boon for the companies. To be precise, Google also provides a cloud storage facility for Android apps. In simple words, you would be able to use the app from anywhere and anytime.

App Development in the Android platform has various scopes as the OS favors an open network for device manufacturers. This is the reason that we can see a large number of Android-based devices with versatile features. In simple words, every user out there can opt for an Android device based on his/her requirements. So it is clear that on-demand app development on the Android platform has definitive advantages.

Finding the ideal team of android developers or Android App Development Company to create a next-generation mobile app for your company might be difficult. MultiQoS has acquired the required Android developer talent over time and is capable of producing high-quality on-demand applications. Contact us and speak with one of our expert.