Why Should You Choose Angular for Your Next Web Development Project?

Angular Web Development: History and Overview Angular is a JavaScript ecosystem component and one of today's most famous software development tools. Google introduced it in 2009 and received positive feedback… 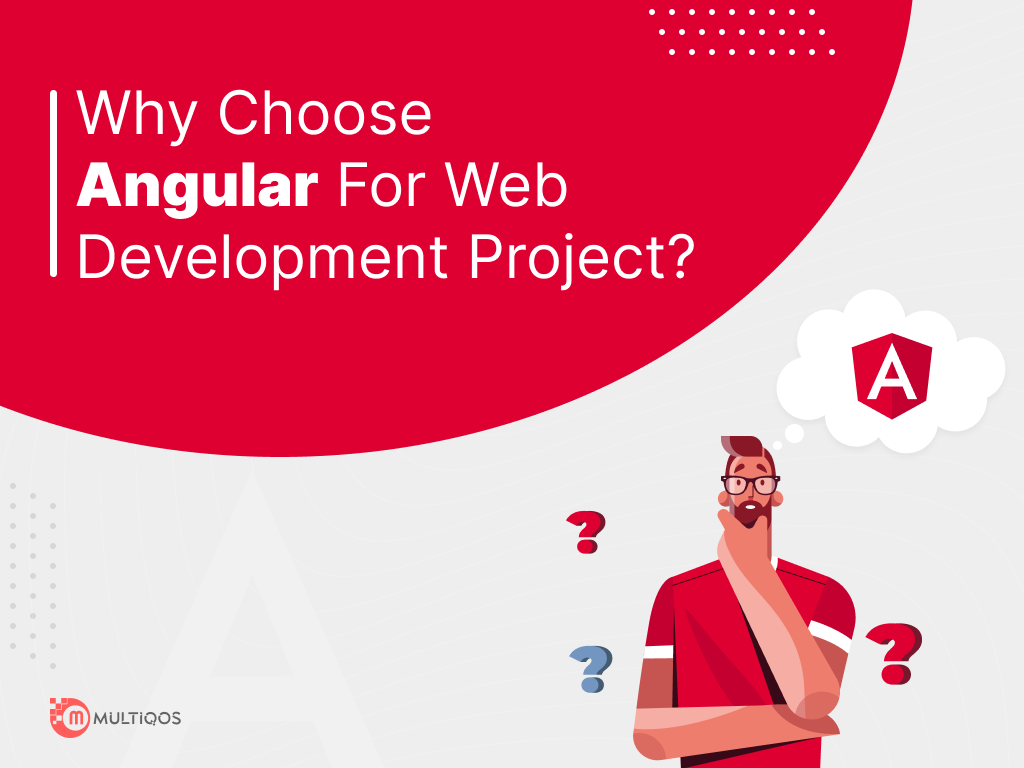 Angular is a JavaScript ecosystem component and one of today’s most famous software development tools. Google introduced it in 2009 and received positive feedback from the development community. As per the 2019 StackOverflow survey, 30.7% of web development companies now use AngularJS and the new Angular 2+ version to create user interfaces. According to NG-Conf 2019, the Angular developer community has grown by 50% since the beginning of 2019.

What Is Angular in Web Development: the Story Behind Angularjs and Angular 2+

Angular is a Google-supported open-source software engineering platform for creating user interfaces (front-end). Its existence can be traced back to 2009 when Google engineers Misko Hevery and Adam Abrons created the framework now known as AngularJS, officially released in 2010.

The main advantage of AngularJS in 2010 was that it allowed you to convert HTML-based documents into dynamic content. HTML – the web markup language, was always static prior to AngularJS, which meant that users couldn’t actively interact with interfaces on HTML pages. There were some methods for creating dynamic, single-page applications (SPAs), but they were too complicated for easy engineering. The AngularJS development services reduced the effort required to create dynamic content, and users received web pages with dynamic forms and elements.

Google released Angular 2 in September 2016. It was a complete framework rewrite by the same team to meet the increasingly modern web requirements. The difference between the Angular 1st and 2nd versions was so significant that you couldn’t simply upgrade from one to the other. Because of the different syntax, migrating the application to Angular 2 required far too many changes. As a result, in subsequent updates, the Angular team developed migration techniques and tools to make the transition from AngularJS easier.

Why Is Angular Better for Web Development?

Two-way data binding ensures that any changes to the data are reflected in real-time in the backend/front-end. This simplifies the development of data-driven web applications that rely heavily on data availability.

We are all aware that testing is an essential component of developing and shipping software. Testing and debugging Angular web development are made simple by the built-in support of testing frameworks such as Karma.js and Protractor. Always test your software before publishing it to ensure it works as intended.

The Angular framework includes built-in filters and allows you to create your own. Developers can easily complete many critical tasks by using filters. Filters are critical when developing data-intensive applications because they allow you to efficiently present large datasets in a formidable manner.

As the Angular web development framework uses HTML, creating user interfaces is simple. Other frameworks build their user interfaces with JavaScript and the like. As we all know, HTML is a simpler language for developing UI for anything on the web. As a result, creating UI with Angular is much easier.

Angular includes a pre-packaged CLI. This CLI is intended to reduce the time and effort required to develop and maintain any Angular application. A developer may utilise the CLI to do any Angular framework-related task. The use of Angular CLI has significantly reduced the effort required to create reusable components and modules.

For the first time, Google created and released Angular. Since then, the framework has transformed how web application development is done. Google is constantly improving the functionality of Angular and is currently providing long-term support for the most recent version.

Every client nowadays expects their web application to be built quickly. That is why the Angular framework has gained so much popularity. An Angular framework for a web development project is a breeze, thanks to the widely used MVC architecture to ensure work is completed quickly.

When developing any web application, we frequently get stuck on a problem and require outside assistance. Getting help with Angular for web development is a breeze. Angular has a fantastic developer community that is always willing to assist one another. Furthermore, online forums report that people usually get their Angular web application questions answered in less time than they do with other languages.

Now that you’ve learned about Angular’s pros, let’s look at where it falls short, as said by a leading web development company–

As AngularJS and Angular are so dissimilar, migrating is a difficult and time-consuming task. If you use both the original and TypeScript versions simultaneously, you will have to go through an extensive review process, make changes to a new language, and deal with an app that has become overburdened with the weight of both versions.

Pro Tip: Lazy loading can be a lifesaver during the migration process. It means that content will load only when a user requests it. This would cause portions of the JS version app to render within the Angular app.

It is difficult to hire web developer who is already familiar with JavaScript to learn Angular for web development. Modules, dependency injection, templates, components, and a variety of other composing elements are all things that developers must understand and master. Furthermore, learning RxJS, a reactive library for asynchronous programming, and TypeScript requires extensive training.

Despite the incredible features that make it an excellent tool for web development, Angular is difficult to grasp. Using its features necessitates specialized assistance from experts who have mastered the framework and understand it completely.

When to Use Angular?

The great thing about Angular is that it can be used to create apps for various environments. The following apps will help you decide if it makes sense for you.

These are apps in which the content and some components are displayed based on the needs of the user and the client managing the app.

With TypeScript as the foundation, you can now create apps that reuse components and modules. Furthermore, having access to many libraries significantly reduces the time spent developing apps.

Angular is for you if you prefer simple but dynamic apps.

Also Read:  How Much Does it Cost to Develop an Angular Web App?

Every day, a simple single-3 serves over 1.5 billion users. It consists of a single HTML page that renders data on the front-end in real-time as new emails and messages arrive. One of the best examples of an Angular application – it demonstrates how to provide excellent performance even when dealing with high traffic.

A platform for freelancing that connects people to complete projects or conduct business. Upwork’s web application employs Angular to provide and manage features such as in-app calling, payment gateways, and testing. Angular is undoubtedly the only solid platform capable of supporting its thriving community of over 18 million users and 5 million registered clients.

One of the most prestigious global business magazines, it employs Angular to provide visitors with a smart, professional perspective through high performativity and a responsive website that supports a large amount of information, ease of reading, and cross-platform usage.

Angular is a highly usable framework with several features that allow for faster development and businesses to achieve a high speed to market. And while choosing the right tools for any project is critical, the list of web frameworks is extensive.

It’s easy to see why the top-most AngularJS development company in USA prefers Angular. Scaling any project with a vast ecosystem and a plethora of ready-made components is simple. Thereby, it is the best choice to develop enterprise-scale applications and hire Angular developers. Furthermore, TypeScript reduces the burden of debugging by flagging the most common errors during the development phase.

MultiQoS, the AngularJS app development services provider, can assist you if you ever have difficulty deciding on the best framework for rapid development.

RxJS – You won’t be able to work with Angular without RxJS, a reactive programming library designed to handle asynchronous data with multiple events. It allows engineers to set up multiple data exchange channels to reduce resource consumption.

Many popular code editing tools now support Angular. The most widely used by the community are Visual Studio Code, Sublime Text, and – surprisingly – Angular IDE and WebStorm. Check to see if your preferred code editor is compatible with Angular.