For a web application development company, adapting to a new framework can be overwhelming. When it first entered the scene, Laravel was regarded as an experiential and modern framework that… 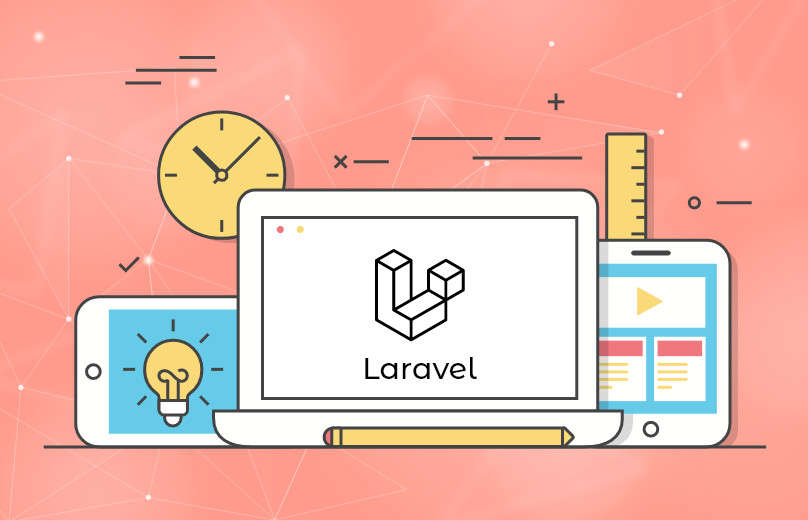 For a web application development company, adapting to a new framework can be overwhelming. When it first entered the scene, Laravel was regarded as an experiential and modern framework that was too hard to master.

But with the passage of time, the Laravel framework has managed to capture the attention of developers and designers. Nowadays, it is known as one of the most important web application development tools.

A Brief Overview of Laravel

In case you don’t know, Laravel is an open-source and free PHP web framework developed by Taylor Otwell. The primary aim of this framework is to simplify the complex web application development work. Being based on one of the popular frameworks known as Symphony, Laravel ensures that developers can include top-notch features.

Nowadays, Laravel is one of the most popular PHP frameworks. But why web application development services prefer Laravel to develop and design enterprise apps? To be precise, there are various reasons which highlight the popularity of Laravel among developers. But before delving into the reasons, let’s explore the features of Laravel.

Features of Laravel You Should Be Aware of:

Here are some of the features of Laravel a developer should be aware of.

Well, in other PHP frameworks, writing authentication can be a challenging task. With Laravel, the developer can offer out of the box authentication by running a simple command. In simple words, it gives rise to a good authentication system.

With caching, the Laravel developers would be able to experience a great reduction in processing time. Note that it ultimately augments performance to a great extent. This is also the reason why Laravel development services are becoming more popular.

Why is Laravel the go-to Framework to Develop Enterprise Apps?

Well, there is an increasing craze among brands to opt for Laravel application development. Here are some of the primary reasons why Laravel is one of the most preferred frameworks nowadays.

The Presence of the Laravel Artisan

Introduced first in Laravel 3, the artisan refers to a command-line interface which offers useful commands to develop apps. With the help of this tool, the tedious and repetitive programming tasks can be accomplished easily. Developers are able to maintain a clean and efficient industry-standard code base which can be modified when needed.

Quite impressively, Laravel comprises the blade template engine. With this engine, the Laravel developers can simplify the codes. Moreover, the developer would be able to use plain and simple PHP code with ease. It also comes equipped with many off the rack widgets which comprise CSS and JS codes. This is the reason why Laravel application Development Company has been becoming popular.

One of the important reasons why Laravel is used for Enterprise App Development is the fact that it is highly secure. In case you don’t know, Laravel is a highly-secure PHP framework which can block any malware trying to intrude the web app. In simple words, it makes your website data and codes safe and secure from any hacking activities. So as you can see, with Laravel web development, your website would be immune to cyber-attacks.

Another reason behind the surging popularity of Laravel is the fact it provides optimum performance. It deploys advanced tools which help the developers to improve the web application and its overall performance. As it uses a unique enterprise application framework, it makes the apps immune to deadly cyber-attacks.

Smooth Migration of the Data

In the realm of enterprise apps, the migration of databases can be a huge problem. As per most developers, it is one of the most complicated tasks to perform. Quite interestingly, even the most experienced developers face challenges when they are tasked with the completion of database migration.

So if you are planning to develop an enterprise application, there are high chances that you require database migration services. To deal with these types of situations, you have to consult a Laravel development firm. They would help in expanding the database structure without re-creating it. In simple words, the risk of losing any vital data is very less.

Laravel is enriched with a plethora of ready-to-use object-oriented libraries. It also has innovative features like CSRF with authentication library, active user checking feature, etc. So as you can see, Laravel has plenty of useful assets which make it suitable for enterprise app development.

Quite impressively, Laravel has an incredible collection of varied libraries which follow the latest PHP standards and possess great modularity. In simple words, the Laravel developers would be able to craft highly responsive and feature-rich web apps. Moreover, as a framework, Laravel is equipped with a robust and secured API. This usability works excellently in the creation of scalable and hybrid apps.

To be precise, this feature increases the overall loading speed of the web application. But there is a slight drawback to this feature. For instance, once you activate it, any alterations performed within the application wouldn’t be reflected in the live environment. In simple words, you can only see the changes during the real deployment.

One of the key highlights of Laravel is that it is based on a Model View Controller architecture or design pattern. This architecture helps in maintaining optimum transparency and balance between the presentation and app logic. It also helps in the improvement of the performance and thus makes detailed documentation. The MVC architecture also helps to deal with the complexities that are quite common in enterprise apps.

Modular Approach of the Framework

Well, the Laravel framework is extremely easy to use. It also comes equipped with built-in 20 varied libraries which make the framework engaging for developers. With the help of this feature, the developers can create a user-friendly application with the most responsive modular structure. If the developers are working with a complex app, this feature ensures that complexities are maintained at the minimum level.

No doubt, every business is looking to gain a competitive edge. This is the reason that apps are becoming an integral part of a business enterprise. Clients are also looking at a faster result which makes app development with Laravel more interesting. Laravel framework is the best as it has immense versatility which exudes practicality to the users.

Unlike other frameworks, Laravel has a dedicated community of developers. With the help of this community, you would be able to address a lot of potential issues within the framework.

If you need Laravel experts to support you with your next app development project, contact MultiQoS. It has an in-house team of experienced Laravel developers, making it one of the fastest-growing web design and development company.

So hire dedicated Laravel developer to make sure that your company is on the right track. You would be able to develop customer-centric apps to increase your revenue. or you can contact directly at biz@multiqos.com for any inquiry.