Introduction Mobile application frameworks are open source tools that are becoming increasingly popular throughout the world for generating apps quickly and efficiently without wasting time and resources. The cause for… 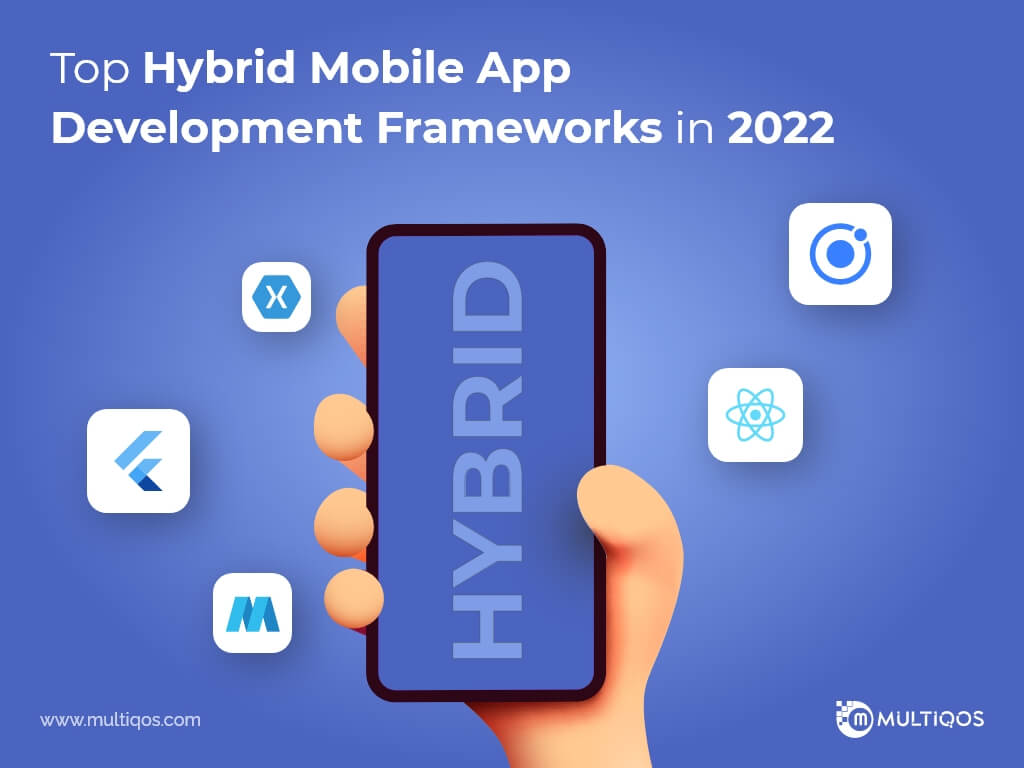 Mobile application frameworks are open source tools that are becoming increasingly popular throughout the world for generating apps quickly and efficiently without wasting time and resources. The cause for their exponential growth is the rising demand for mobile applications, as a huge portion of the population, uses mobile devices, and businesses are transitioning from traditional trade to a new, more complex form of doing business online.

As per studies, the mobile app development business is growing at a rate of CARG 14% each year and is expected to reach $100 billion in sales by 2022. These figures clearly show the market’s growing need for mobile applications, and creative solutions capable of developing mobile apps in the shortest amount of time while staying below a reasonable price are necessary to meet these demands. Mobile application development frameworks tools, and by 2023, they will have entirely turned the mobile app development industry upside down.

When introducing a new mobile application, it’s critical to choose the ideal solution that meets your company’s needs. Why not go with smart systems for your company? So, let’s give the Hybrid Mobile App Frameworks some credence.

Hybrid app development, also known as cross-platform app development, is a method of creating solutions that are accessible with multiple platforms such as iOS, Android, and Windows. Hybrid Mobile Apps Framework are used to construct these apps, which comprise a single code base that operates across several platforms.

The Hybrid Mobile App Framework is the most effective way to create cross-platform mobile apps. These apps are created with front-end development tools and languages such as HTML5, JavaScript, and CSS, as well as code frameworks, APIs, as well as other aspects that aid in the creation of the app.

Hybrid mobile appication development frameworks are very prominent in this industry because they spread across several platforms and operating systems. They also allow for a faster development cycle and cheaper development costs. The hybrid software works across both iOS and Android, and the code for the desktop version may be reused.

Also Read: How To Hire React Native Developers For a Business in 2023

How Can You Differentiate Hybrid from Native Apps?

When it comes to native and hybrid applications, native apps are designed particularly for the iOS or Android platforms, whereas hybrid apps are a mix of native and online apps. Unlike native applications, which need the development of two different apps, a hybrid mobile app framework just requires the development of one app for several platforms. Only one code needs to be managed by developers, which reduces development time.

You’re thinking about creating a mobile app for your startup company, but aren’t sure whether to go with the finest Hybrid app development framework or the Native mobile app development approach? Which technique will deliver the best results and be the most cost-effective?

Well, you do not have to be concerned about the nicks and knacks of Hybrid and Native apps anymore. The contrasts between these two techniques for app development have been identified by our expert staff. Let’s get started and choose the finest option for your company’s needs.

Now that you have got a better understanding of the prime differences between hybrid and native mobile applications development, it is time to hop into learning about the advantages of choosing hybrid app development over native.

How to Select the Best Hybrid Mobile App Development Framework?

For better outcomes, there are a few elements that will decide the framework you should employ in your application. Let’s take a look at each of these aspects to see how they might assist you in quickly displaying the best option on the screen.

The project’s intentions are the most important component in determining what to utilize in your project. The architecture that you will use for your project must be capable of supporting the outcomes that the project will require to display on the screen.

Looking for Usability and Flexibility

If the solution we’re searching for isn’t versatile, it’ll be tough for the team to figure out just what to use and how to utilize it. It’s critical that the development framework used may be tweaked to achieve specific outcomes.

It’s critical to comprehend the learning curve of the framework you’ll be using. If the curve is complicated, it is best to recruit specialists or choose a simpler curve that the team can understand. If you believe that a certain framework would help you achieve greater achievements and will benefit your future initiatives, then go for it.

Having appropriate documentation for a framework can give you a pretty lot of time. You can simply access the documentation and discover a solution when you’re stuck betwixt what to do or how to accomplish it. It’s like possessing a user manual for the issues you are facing.

It is critical that the framework you are working on is intriguing and capable of assisting you in the event of any confusion or future changes. Some frameworks feature a fantastic user support system that allows users to join the market with the relevant information and deliver new and engaging ideas to the stage.

Here are the top five hybrid mobile app frameworks that you can choose form this year:

Facebook released React Native, a JavaScript-based application development platform, in 2018. This framework is in high demand amongst app developers throughout the world, with 42 percent of mobile app programmers using it. The platform’s appeal stems from the fact that it allows developers to construct native-looking mobile apps for both Android and iOS devices.

React Native App Development is cross-platform app creation with a single code, which has made it extremely prominent among app developers and company owners, particularly start-ups. As it is cost-effective and time-saving, it allows start-ups to remain competitive in the market.

Ionic is an open-source mobile application development framework that focuses on Angular and Apache Cordova that is free to use. Mobile app developers may use this framework to create cross-platform mobile applications for separate platforms: Android, iOS, and Windows. Ionic-based mobile apps are powerful, functionality native apps with smooth app performance.

App developers may use the Ionic framework to integrate UI features like list views, filters, inputs, action pages, menu options, and more to improve app design. When developers have hands-on expertise with coding languages such As html, JavaScript, or CSS, and the company owner wants to create interactive, high-performance hybrid/cross-platform mobile apps and progressive web apps, the Ionic framework is the perfect choice.

Microsoft’s Xamarin is a fully accessible, cross-platform mobile app framework. Using a software framework that includes, this framework permits the building of best-in-class mobile apps. C# and Net re two programming languages. The mobile apps created using Xamarin have a flexible native performance that provides a distinct user experience to end-users. Developers may use Xamarin to construct an ecosystem that includes a backend, API, components, and more. Additionally, Xamarin makes it much easier to connect many hybrid mobile app development tools, frameworks, and programming languages to ease app development.

Swiftic is a framework for developing apps for iOS devices alone. It’s simple to use thanks to its user-friendly UI, which makes navigating the platform a breeze. Swiftic’s plans all come with a 30-day cashback guarantee. Furthermore, there is a 6-month success guarantee; if you do not receive the promised results, you will receive a 6-month free service.

The essay makes it apparent that selecting the finest hybrid app framework in 2023 is a critical step in the whole development process. The framework you choose affects a number of other operations, such as implementation, maintenance, debugging, and upgrading. Flutter, React Native, and Xamarin is three of the most important models for hybrid app development. Each one has its own set of traits and features, making it a great fit for a certain project. In order to pick the finest hybrid framework for mobile development, you must consider both its benefits and drawbacks. In the long term, such a strategy will save you time and money.

Both framework brings along its own set of advantages and disadvantages. However, we recommend that you investigate the React Native framework for a variety of reasons, including top-tier support, reusable components, and fast response times.

Both frameworks have advantages and disadvantages. Flutter employs Dart, but React Native uses JavaScript, which is easier to comprehend and implement and promises a nicer user interface.

Both mobile development hybrid and native applications have their own set of benefits. However, if you’re a company in its early stages and want to get the most exposure for your money, hybrid may be the way to go. With a hybrid app, you may reach a large audience across different operating systems. In the long run, hiring an experienced hybrid app developer who is familiar with HTML5, CSS, JavaScript, and hybrid app development frameworks will pay off. With a hybrid app, your company might get more adaptability and visibility.

If you want to obtain the best results, you may go with hybrid app development with react native. It employs JavaScript since it is the most popular and easy-to-learn programming language with a large developer community.