What’s New in Angular 14 – All New Features And Updates

Introduction The year 2022 brings you Angular v14. On June 2, 2022, the Angular community released the all-new Angular 14. This is how the developments with the release of Angular… 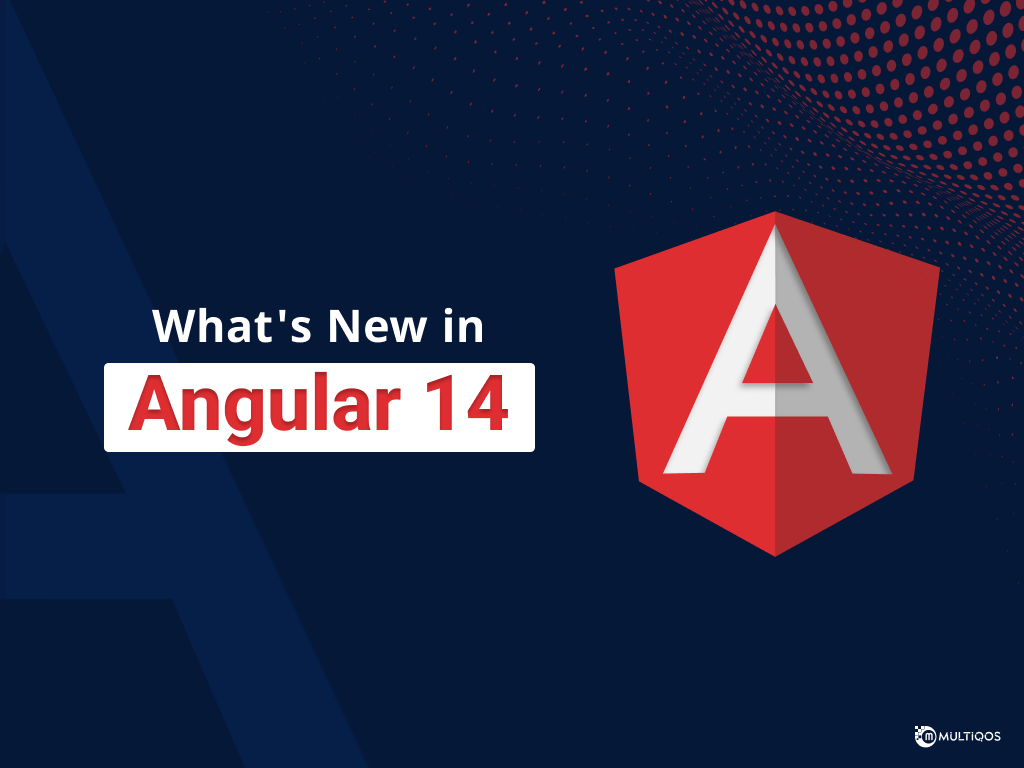 On June 2, 2022, the Angular community released the all-new Angular 14. This is how the developments with the release of Angular 14 are introduced, from getting to 100 percent Ivy in the previous edition of Angular 13 to the introduction of innovative primitives in the Angular Component Dev Kit (CDK).

This version also includes several improvements and security patches that were directly donated by community members. Some of the significant changes in the Angular 13 version were the removal of IE11 support, an upgrade to TypeScript 4.4, and modifications to the Angular Package Format.

Let’s have a look at everything Angular 14 does have to offer!

After the popularity of its predecessor, Angular 13, Angular 14 has finally here. The next important Google release is the TypeScript-based web application framework. Angular 14 includes stand-alone components, which promise to simplify Angular application development by eliminating the requirement for Angular modules. The Angular 13 to Angular 14 update introduces additional possibilities for typed forms, enhanced template diagnostics, and stand-alone components.

Angular 14 is said to be Angular’s most methodical and well-planned update to date. CLI auto-completion, typed reactive forms, stand-alone components, directives and pipelines, and better template diagnostics are among the new features in the Angular 14 release.

The Angular team has deliberately seasoned out the requirement for Ng modules in this version, minimizing the number of boilerplate code necessary to start the application. Let us contrast Angular13 to the new Angular14 upgrade before delving into the Angular14 features.

After the introduction of Angular 13, Angular and Typescript experts found the framework difficult to use in comparison to others such as react. In addition, the new Route.title in the Angular network made it easier to add titles in Angular 13. When introducing a title to a page in Angular 14, this isn’t necessary to be included for any further imports.

Now, let us learn about the major features and advancements Angular v14:

What Are the Features of Angular v14?

This is one of the main breakthroughs made possible with the release of Angular 14. The addition of independent components simplifies and simplifies the process of creating Angular Apps.

The standalone components help reduce the burden for NgModules, and we can now obtain a developer preview of a new approach of developing components, one that does not require the use of a NgModule, i.e. Standalone Components. This feature is currently accessible in the developer preview, which means it may change in the future until it is fully stable. This modification has the potential to significantly affect the process of developing Angular Apps in the future.

New Primitives in the CDK:

The Angular Component Dev Kit (CDK) is a complete set of tools for designing Angular components. In Angular 14, the CDK Menu and Dialog have been upgraded to stable!

When it comes to managing forms in Angular, there are two alternative techniques. They may be constructed using either the template-driven technique or the reactive way. This newly added Typed Forms functionality is solely relevant to reactive forms. Values included within form controls, sets, and arrays are type safe. It increases the overall “type” safety of Angular-based apps. The new schematics provide for the gradual migration to typed forms, enabling you to progressively add type to your current forms.

When creating applications, your page title clearly conveys the substance of your page. The earlier release of Angular 13 accelerated the efficiency of adding title with the new Route.title attribute in the Angular Router. When introducing a title to your page with Angular 14, no extra imports are necessary.

Also Read: Angular vs React: Which One to Choose for Your App

The inclusion of additional CDK primitives in Angular 14 makes it easier to create custom components.

The Angular DevTools debugging plugin is now available in offline mode. The extension may be found in Mozilla’s Add-ons for Firefox section.

Angular 14 includes TypeScript 4.7 support and now defaults to ES2020, allowing the CLI to publish smaller code without upgrading. Another notable Angular 14 feature is the ability to connect directly to protected component members from your templates. This gives you more control over the reusable components’ public API surface.

This new Angular 14 feature gives an expandable framework for improved insights into your templates and ideas for potential enhancements.

How to Upgrade Your Old Version of Angular to Angular v14?

You can also choose to refer to update.angular.io to seek detailed guidance and run a thorough ng update on your projects.

Also Read: How Much Does it Cost to Develop an Angular Web App?

Have You Use Angular v14?

These were the notable changes in the most recent version of Angular 14.

The Angular developer community works hard to ensure that web developers have access to improved versions of the framework, allowing them to keep current with the rest of the online ecosystem and the demands of their users.

If you have any problems installing or integrating Angular 14 in your project, please contact our Angular specialists. As a competent Angular development business, our specialists will examine your needs and assist you in developing a feature-rich solution.

What exactly are you waiting for? Now is the time to upgrade to Angular 14!