People these days are highly dependent on applications for their daily functioning. Therefore, you can find applications that make people's lives quite easily. Furthermore, people's app-centric lifestyles have led to… 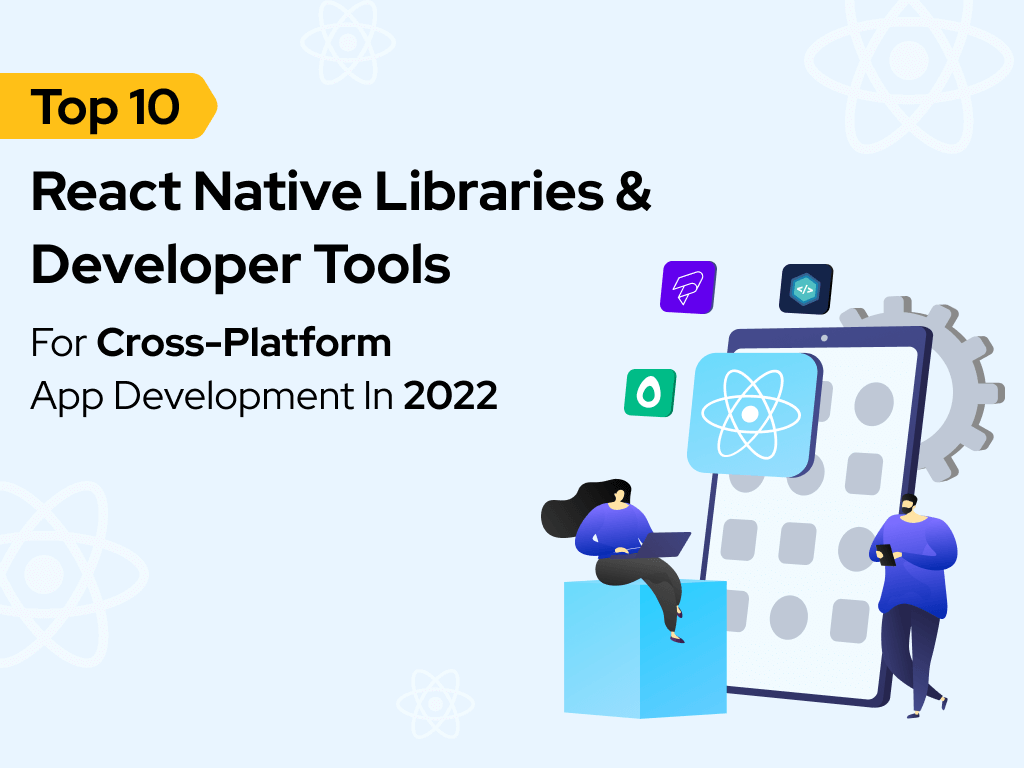 People these days are highly dependent on applications for their daily functioning. Therefore, you can find applications that make people’s lives quite easily. Furthermore, people’s app-centric lifestyles have led to businesses developing applications that ate easy and quick to market and low-cost so that everyone can afford these. That being said, React Native is becoming increasingly popular, and its advanced features make it possible to create high-quality cross-platform apps.

If you plan to work on a new venture, there are high chances that you will opt for React Native App Development. As a JavaScript-based Android and iOS app framework, React Native may be described as open source. React Native, which was first released in 2015, is booming and is used by a slew of popular apps, including Facebook, Walmart, Instagram, Tesla and Pinterest. If you’re already comfortable with JavaScript, learning React Native is a breeze. Furthermore, its large community generates fantastic UI libraries that save a lot of time and effort while developing applications. Read further to understand the top open-source React Native component libraries and top React Native Developer Tools to use that shall aid any React Native Application Development Services to employ a solid strategy and provide exceptional support for platforms like iOS and Android.

React Native is a framework built on Facebook’s JavaScript library and whilst React is designed to build functionality-rich native frameworks. In addition, react Native differs from React because it emphasizes mobile apps, whilst React is geared toward web pages.

You can also put it differently, where the React web developers can now function effectively on mobile applications using React Native. This framework is identical to what professionals specialize in. Furthermore, the framework includes a fully native interface that allows for code interchange across platforms. This streamlines the development process by allowing a single programmer to share code and create apps for Android and iOS platforms.

React Native uses the same JavaScript language and XML markup as React. Once the code is complete, the React Native bridge uses Java/Objective-C APIs to deliver apps to Android and iOS. The web-based application is transformed into a mobile-friendly UI/UX rather than web views in this method. This is achievable with comparable simplicity and compatibility due to the React Native component library frameworks and development tools.

Among the most active open-source groups on the internet is the React Native community. Based on the amount of contributions, the React Native repository is one of the most popular on GitHub. Utilizing JavaScript, the React Native Component Library assists in customizing the application bundle, and you won’t need to utilize any particular syntax or language to define styles with this method.

To make the transfer simpler for both you and save you time building specific components for your application, you can also make use of the numerous available React Native libraries that take care of the hard weight for you, keeping it simple to write code and sparing you several hours during the development cycle.

Numerous React Native libraries are available for the users. However, picking the proper one isn’t always simple. In reality, it is quintessential that you opt for the most updated and high-performing ones that are appropriate for your needs. For cross-platform app development, React Native libraries like these can be used:

UI Kitten is a free and open-source React Native UI design library toolkit that the developers may use for creating React Native apps. The library includes various UI elements that can be used to create a variety of apps, such as a messaging application, an online company widget, or a social network executive’s app. UI Kitten has approximately 3,000 users on GitHub, in addition to 8.4K stars. The developers can use its theme-based design to create beautiful apps or to help you create stunning and uniform app interfaces. Developing an app with Reactive Native is a fantastic way to create a great user interface, and these React Native Toolkit libraries may help you get started quickly.

Gifted Chat module will enable you to create a comprehensive chat UI for your React Native application. Gifted Chat provides TypeScript components that are entirely customizable, such as stacking previous messages, copying texts to the clipboard, interactive links, and so on. Furthermore, you can also change the default UI design and make your chat UI.

Shoutem is a cross-platform toolkit for iOS and Android that includes UI Components, Themes, and Animations. All of the components can be combined and customized. In addition, they have predetermined styles that can be used to create more complicated looks. There are now 504 ratings and 91 forks for Shoutem on GitHub.

Also Read: How Much Does It Cost to Hire React Js Developers in 2023

In React Native Mapview, the modules are enabled by the map view. Furthermore, it aids the API in controlling map characteristics. Mapview provides several options for customizing the map’s appearance. Additionally, you may adjust the map view’s location. The programmer could also animate when zooming into a specific region to meet their needs.

The React Native Vector Icon Component library allows developers to include icons in their apps. These apps provide more than 3000 icons. React Native Vector also allows developers to select the icons they need for application development. Developers can also edit the vector icons to create new icon designs. The inclusion of such icons in the software makes it easier for users to navigate through them.

As the name implies, this is a React Native carousel component. Multiple layouts, graphics, varied previews, performant item handling, and other features are included in this library. This library is compatible with both Android and iOS systems. Additionally, it includes performance improvement tactics and advice.

Top React Native Developer Tools to Use in 2023

Modules in the Redux collection can be easily customized. Redux also allows users to attach media, including photographs and videos, using simple composer operations with multi-line input. Because it includes a time-travelling debugger and live-code modification, Redux is among the most strongly recommended React Native tools for use in the developer community.

Facebook created Nuclide in 2015 to offer the appropriate IDE interface for React Native customers. Hack development, remote development, functional sets, built-in debugging, and Javascript development are a few examples of Nuclide’s services. The Nuclide editor-Atom further allows the Native React developers to examine elements and update React App functionalities in real-time. Because it is open-source, anyone could use it for free. Inline errors, auto-complete, jump-to-definitions, and other features are available in Nuclide.

Flow, a Facebook programming React Native Developer Tools that includes static typing annotations, was released in 2014. Flow allows React Native developers to code straightforward, reliable, and fastly. The react native development company that you hire can take advantage of Flow capabilities such as integration, type interface customization, Javascript, and real-time reporting or feedback. The best aspect about using Flow’s static typing annotations is that the React Native developers can see where their code has flaws or problems.

XCode is a React Native development tool created exclusively for Mac OS X. It has a lot of cool features, including auto code completion, unique navigation fonts, new document tabs, and an asset catalogue. XCode includes an interface builder, a compiler, a simulator, a graphical debug, and comprehensive documentation.

Expo launched an open-source toolset for React Native developers in May 2017, complete with a Slack network, discussion forums, and documentation. Expo comes with its own CLI or otherwise called ‘Command-Line Interface’. The Expo utility makes it simple and easy for React Native developers to create and evaluate React applications. Expo has native APIs for Android and iOS, an SDK framework, and a large repository of React components.

Bit is a React Native component library and top React Native Developer Tools for use that tackles the problem of sharing and collaborating UI components across sources. Bit.dev users have the advantage of displaying, searching, installing, and updating components from any fresh React Native application.

React Native Tools can be defined as a Visual Studio Code extension, and it helps create a conducive atmosphere for React Native application development. Further, it also aids developers in the troubleshooting of their code. React Native free tools use a command panel to execute the react-native function. Microsoft created this programme of React Native Tools.

The react native ecosystem is adequate for you to foresee and come up with new ideas and implement them.  The ecosystem includes a lot more than databases, libraries, tools, management, and the backend. Push notification tools, animating tools, lists, and other technology-specific components are now supported by React native. We have tried to mention the 10 best React Native Libraries & Developer Tools for Cross-Platform App Development in 2023 to provide an insight into the available frameworks in React Native.

You can hire any skilled react native app development company by checking their portfolio and ensuring that they provide the best react native development services and have a high success rate amongst their clients.

No, you cannot use the React Library in your React Native Application since there is no DOM Structure in the React Native that can help you access the React JS components.

React Native faces strong competition from Ionic, Flutter, and Xamarin when designing native applications. So, these are the other frameworks that are competent with React Native.

A native library may be integrated into a React Native project by following the instructions listed below: