Quick Summary A project's development cycle includes risks and challenges and all technical shortcomings, complex requirements, and security vulnerabilities that form a part of the web application development process. React JS has… 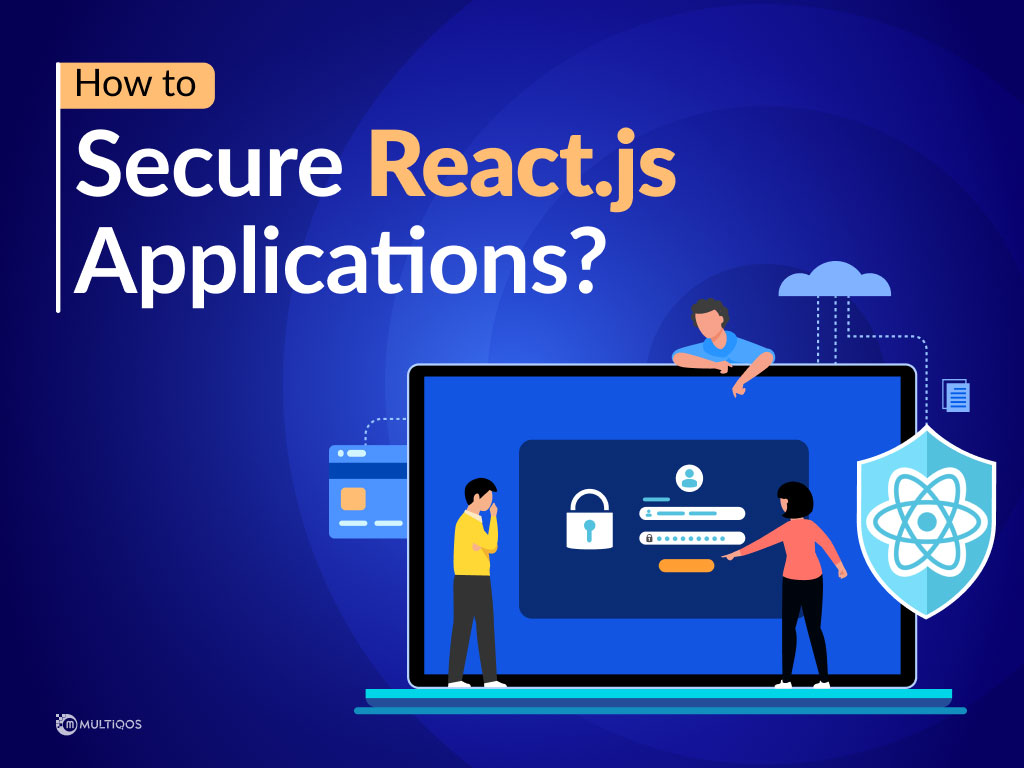 A project’s development cycle includes risks and challenges and all technical shortcomings, complex requirements, and security vulnerabilities that form a part of the web application development process. React JS has some distinct advantages over other front-end frameworks, including scripting component simplicity, stable code, and time-effective rendering. Even so, despite the numerous advantages that the front-end framework provides, there are several concerns about react js security vulnerabilities that you should be aware of. Read further to learn more about several react js security issues and solutions.

Why Should You Keep an Eye on React Security Vulnerabilities?

Security vulnerability can be defined as any form of flaw or weakness in computer security that a threat actor can manipulate. Security flaws are frequently demonstrated as software bugs that allow an attacker to change your website or application. These modifications are typically malicious, but they can also be used for better, such as exposing security, design, or other flaws. Understanding how vulnerabilities affect your web page is critical to safeguarding it from external threats. Security flaws in web applications can allow hackers to steal user data, install malware into an application, or take control of a user’s account.

Any enterprise application needs a substantial quantity of data exchange and connection to several sources. This enables companies to compete on the market and deliver effective services to clients. On the other hand, Web apps are vulnerable to numerous security flaws and data breaches due to their high connectivity. When creating web apps with React.js, developers must keep in mind that there are no security configuration settings. Therefore, they must be aware of the most prevalent security issues in online apps.

What Are Some of The Common Security Issues in React Applications?

There are high chances that any security vulnerability might just go unnoticed and can increase every year with each new updated version of React or an updated random library.

Common react cyber security in React Applications include the following:

If there is a little mismatch between the server response technique and the realm attribute, unauthorized users will have access to all authentication data. It is critical to ensure that when a client or authorized person makes a server request, the verification of your web app results in a 401 status error page.

Some tips for reducing or eliminating React API security failures and react vulnerabilities fix are:

Also Read: How Much Does It Cost to Hire React Js Developers

Some Recommendations for Mitigating DDoS Assaults:

The following are the most common React.js flaws:

Here are a few React security practices to keep your app safe in the event of an attack:

Also Read: Angular Vs React – The Right Pick For Your Next Project

Let Us Help You in Securing Your React.js Application.

When developing a React application, you must consider numerous potential threats. Without security measures, your app could be the target of cyber, resulting in financial loss, time wastage, breaches of trust, and legal issues. To protect the create react app vulnerability, you can follow the above-mentioned react js security best practices. You can hire the best ReactJS development company that specializes in security or hire dedicated development team that specializes in React JS applications.

MultiQos is the leading web app development company that provides the best secured, and protected React redux security. We have a team of over 100 talented developers and QA testers who stay up to date on the latest security trends. They are current on react security features for both multi-page and single-page applications. MultiQos provides the highest level of accountability and dependability in our React security services. HTTP header security, Data encryption, data authentication and validation are just a few of the measures our developers take to ensure your app’s safety throughout its lifespan. We perform a React security audit at each stage of your web application development, following all React security best practices.

React is an open-source front-end JavaScript framework for building user interfaces for single-page apps. Because it uses a component-based approach, it helps create complex and reusable user interface (UI) components for mobile and web applications.

The following are some limitations of React: