10 Highly Successful Angular Apps to Inspire Your Next App Project

Introduction Each time Google comes up with a new product, we expect it to be amazing, isn’t it? Well, Angular is one such fantastic product from the house of Google… 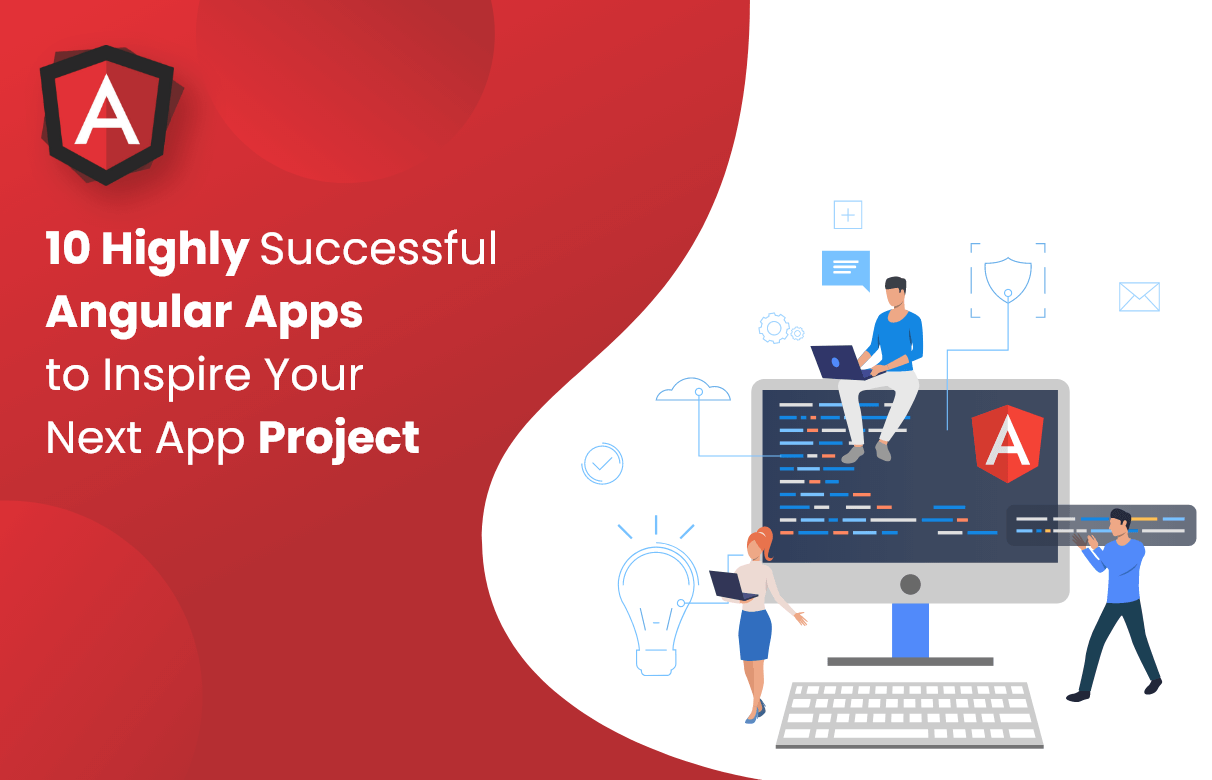 Each time Google comes up with a new product, we expect it to be amazing, isn’t it?

Well, Angular is one such fantastic product from the house of Google which has brought about substantial change in the field of Mobile App Development. Angular is a component-based framework that is used for creating fast and powerful single-page web apps. Over the years, the framework has come up as the most popular choice despite new and fresh competitors.  The fact that a framework has maintained such a high degree of developer credibility for so long makes it worthwhile to investigate.

The breadth and functionality of Angular apps are broad and diverse. Some of the world’s most well-known companies rely on the Angularjs framework to provide an unparalleled customer experience. Angular apps are as strong as they are diversified, with lightning-fast loading times, superior efficiency, and excellent UI/UX. In this particular blog, you will come across the features that make Angular a befitting choice in the world of web-based applications development.

AngularJS is a free and open-source JavaScript framework for developing dynamic web applications. It is managed by Google and attempts to improve web-based applications by adding model–view–controller (MVC) functionality. This facilitates both development and testing. AngularJS allows you to extend the HTML vocabulary and syntax for your project, making it more legible, expressive, and rapid to create.

AngularJS is a full client-side solution that handles DOM and AJAX glue code. It provides a well-defined framework and alleviates various pain spots throughout the development cycle. With skilled Angular app development services, you can seek comprehensive solutions for a sturdy and well-maintained responsive web application. Angular app development solutions provide you with a very advanced framework for creating high-performance apps that consistently impress your consumers.

AngularJS Development Services can be termed as the oldest app development frameworks. Created by Google nearly a decade back in 2010, it was a notable app framework at the time. However, the Google team continued to upgrade it further and finally released a completely new version of AngularJS in 2016. It was at this point that they decided to abandon JS and focus only on Angular.

While Google continued to support AngularJS until June 2021, and Angular, it is expected that the next version of Angular will be Google’s primary drive. As a time-tested framework, Angular has demonstrated exceptional dependability throughout the years and continues to improve with new versions.

As a time-tested architecture, Angular has demonstrated exceptional dependability throughout the years and continues to improve with new versions. Despite the growing popularity of new choices, certain Angular features are so distinct and beneficial that application developers continue to employ them in their app development.

Angular has been utilized by numerous enterprises for Mobile Application Development since its introduction in 2010 and its complete revamp in 2016. The following are some of the most well-known Angular app examples, as well as prominent Angular website examples:

Also Read: Why Should You Use Angular To Build Digital Products?

What Apps Can Be Built with Angular?

Now that you have got a sense of Angular’s incredible diversity, it is time to see if you can build your app over Angular or not.

Well, if you are an enterprise, a firm, or an SME and are wondering what Angular is used for, you can use it to construct a range of apps. Angular can assist you in developing a single-page app, dynamic web app, business app, downloadable app, e-commerce app, an app with captivating transitions, and other applications.

How MultiQoS Can Help You Build Angular Apps?

Angular provides a feature set that fully fits your demands for including it in the project, no matter what company you are in. At MultiQos, we offer the best Angular app and web development services to deliver the ideal answer for your app. Our development process can help you save development time and cut down additional development expenses.

Angular, among other frameworks, has grown in popularity in recent years. It is a popular framework for developers to utilize while creating web and other applications. The bulk of developers at angular js development companies have migrated to Angular because of its unique capabilities and simple language. It allows programmers to automate the software development process, ultimately boosting the end product’s quality. Furthermore, it ensures that uniformity is maintained across all platforms and devices. Also, Angular has a highly active online community that contributes to its development. It is simple to debug, learn, and progress with an Angular project and web development.

Previously, web developers utilized VanillaJS and jQuery to create dynamic websites, but as the structure of a website developed, the code became extremely difficult to maintain. Developers had to work extra hard to keep the app’s separation of concerns when it used complicated logic. Furthermore, jQuery did not provide data management across views. Client-side frameworks like Angular came into play to address the aforementioned issues, making life simpler for developers by managing the separation of responsibilities and splitting code into smaller chunks of information.

Angular is also ideal for creating SSR (server-side render) apps. These are quick-loading, high-functionality apps. In fact, Angular has you covered no matter what sort of project you want to create.